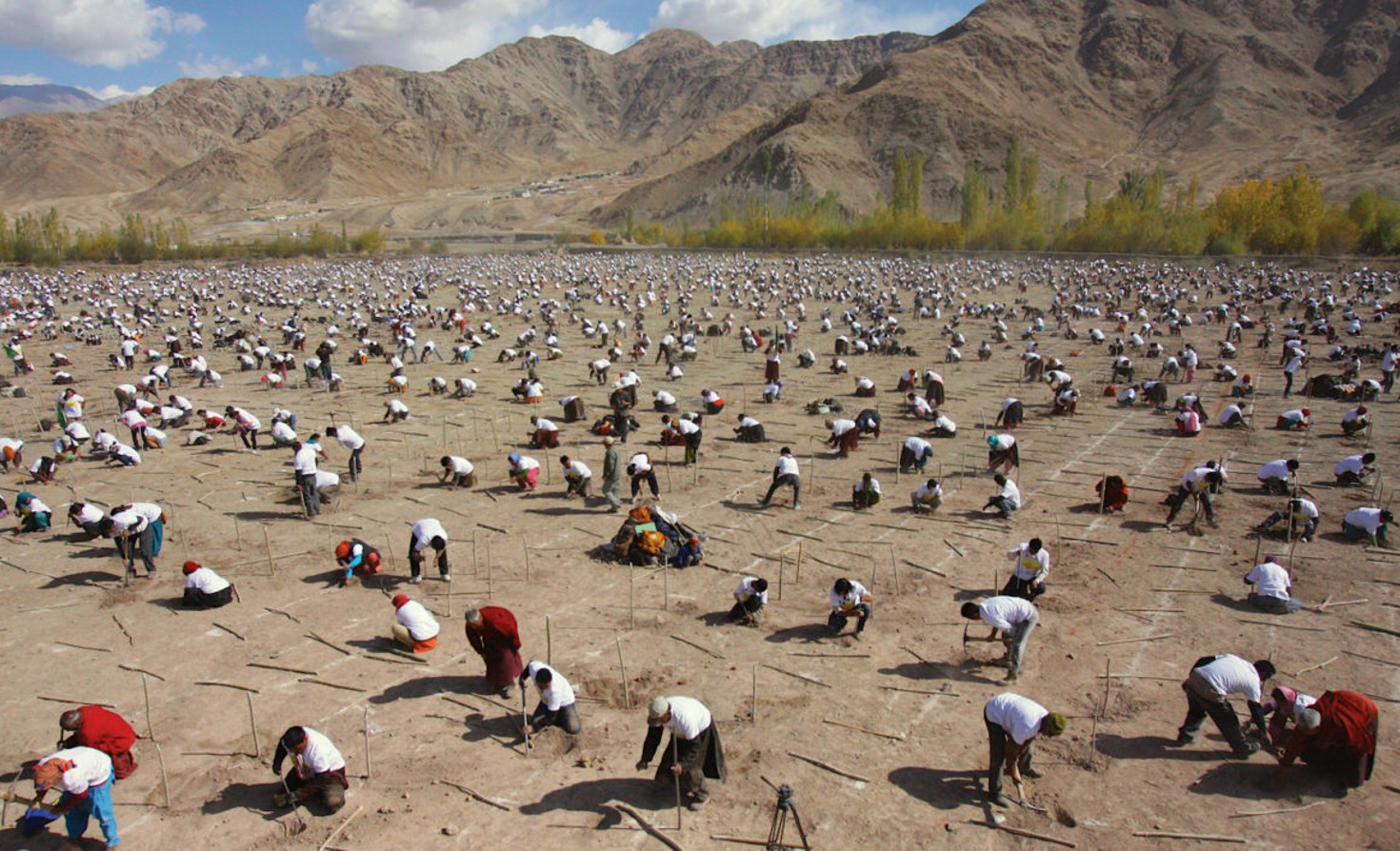 High-profile initiatives to plant millions of trees are being touted by governments around the world as major contributions to fighting climate change. But scientists say many of these projects are ill-conceived and poorly managed and often fail to grow any forests at all.

It was perhaps the most spectacular failed tree planting project ever. Certainly the fastest. On March 8, 2012, teams of village volunteers in Camarines Sur province on the Filipino island of Luzon sunk over a million mangrove seedlings into coastal mud in just an hour of frenzied activity. The governor declared it a resounding success for his continuing efforts to green the province. At a hasty ceremony on dry land, an official adjudicator from Guinness World Records declared that nobody had ever planted so many trees in such a short time and handed the governor a certificate proclaiming the world record. Plenty of headlines followed.

But look today at the coastline where most of the trees were planted. There is no sign of the mangroves that, after a decade of growth, should be close to maturity. An on-the-ground study published in 2020 by British mangrove restoration researcher Dominic Wodehouse, then of Bangor University in Wales, found that fewer than 2 percent of them had survived. The other 98 percent had died or were washed away.

“I walked, boated, and swam through this entire site. The survivors only managed to cling on because they were sheltered behind a sandbank at the mouth of a river. Everything else disappeared,” one mangrove rehabilitation expert wrote in a letter to the Guinness inspectors this year, which he shared with Yale Environment 360 on the condition of anonymity. The outcome was “entirely predictable,” he wrote. The muddy planting sites were washed by storms and waves and were otherwise “ecologically unsuited to mangrove establishment, because they are too waterlogged and there is no oxygen for them to breathe.”

“It was a complete disaster,” agrees Jim Enright, former Asia coordinator of the U.S.-based nonprofit Mangrove Action Project. “But no one that we know of from Guinness or the record-planting proponents have carried out follow-up monitoring.” Guinness has not responded to requests for comment.

Such debacles are not unusual. Forest scientists say they are surprisingly frequent, and they warn that failed afforestation projects around the world threaten to undermine efforts to make planting a credible means of countering climate change by reducing carbon dioxide in the atmosphere or generating carbon credits for sale to companies to offset their emissions..

In another high-profile case, in November 2019, the Turkish government claimed to have planted more trees on dry land than anyone else in a single hour — 300,000, in the central province of Çorum. It beat a record, also confirmed by Guinness inspectors, set four years before in the Himalayan state of Bhutan. The Çorum planting was part of a National Afforestation Day, when volunteers planted 11 million trees at 2,000 sites across Turkey. President Recep Tayyip Erdoğan was among those wielding a spade.

But two months later, the head of the country’s union of forestry workers reported that a survey by its members had found that as many as 90 percent of the national plantings had died. The government denies this, but experts said its counter-claim that 95 percent of the trees had survived and continued to grow was improbably high. No independent audit has yet been carried out.

Get notified of our top breaking news

Thank you for visiting nature.com. You are using a browser version with…

In this movement … Full Article

The loss of forest cover has made climate change worse, has pushed…

There’s an old adage about the paralyzing effects of cognitive dissonance: The definition of insanity is doing the same thing over and over and expecting a different result.

Supply tightness in the industrial wood pellet market may continue throughout 2023,…
We use cookies on our website to give you the most relevant experience by remembering your preferences and repeat visits. By clicking “Accept”, you consent to the use of ALL the cookies.
Do not sell my personal information.
Cookie SettingsAccept
Manage consent

This website uses cookies to improve your experience while you navigate through the website. Out of these, the cookies that are categorized as necessary are stored on your browser as they are essential for the working of basic functionalities of the website. We also use third-party cookies that help us analyze and understand how you use this website. These cookies will be stored in your browser only with your consent. You also have the option to opt-out of these cookies. But opting out of some of these cookies may affect your browsing experience.
Necessary Always Enabled
Necessary cookies are absolutely essential for the website to function properly. These cookies ensure basic functionalities and security features of the website, anonymously.
Functional
Functional cookies help to perform certain functionalities like sharing the content of the website on social media platforms, collect feedbacks, and other third-party features.
Performance
Performance cookies are used to understand and analyze the key performance indexes of the website which helps in delivering a better user experience for the visitors.
Analytics
Analytical cookies are used to understand how visitors interact with the website. These cookies help provide information on metrics the number of visitors, bounce rate, traffic source, etc.
Advertisement
Advertisement cookies are used to provide visitors with relevant ads and marketing campaigns. These cookies track visitors across websites and collect information to provide customized ads.
Others
Other uncategorized cookies are those that are being analyzed and have not been classified into a category as yet.
SAVE & ACCEPT